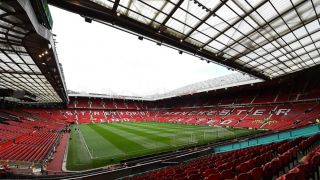 United's failure to qualify for the UEFA Champions League or Europa League at the end of the previous campaign has had a knock-on effect to the club's finances, with debt also on the rise.

The level of debt now stands at £380.5 million, a 6.7 per cent increase from the same stage last year.

That is mainly due to a significant drop in broadcasting revenue - with no money from Champions League television deals - as the figures show a 39.4 per cent decrease from £46.9m to £28.4m.

This may have resulted in the club looking to balance the books somewhat, with wages down by almost £3m in the absence of Rio Ferdinand, Nemanja Vidic and Patrice Evra among other high earners.

"The recently announced Premier League broadcasting rights package for 2017-19, representing an increase just over 70 per cent, once again demonstrates that we are part of the top football league in the world," said executive vice chairman Ed Woodward.

"Notwithstanding no European football this season, our Revenues and EBITDA [Earnings Before Interest, Taxes, Depreciation and Amortization] remain strong and demonstrate the underlying strength of our business model, with commercial revenues up year over year.

"On the pitch, the team is well positioned to challenge for a top four finish in the Premier League and we look forward to the rest of the season."