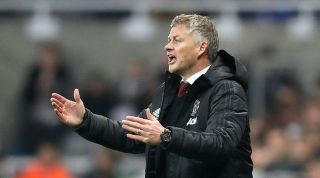 The Reds have not won the Premier League title since Alex Ferguson’s retirement in 2013, and already find themselves 15 points adrift of leaders Liverpool after 10 games of the current campaign.

However, Giggs has urged his former club to continue backing the Norwegian in the market as United seek to compete at the top of the division once more.

And he believes the club should focus on adding more creativity to the ranks, starting in the January window.

"We need to bring quality in. Ole has brought three in who are all doing well,” the Wales manager, who spent his entire playing career at Old Trafford, told the United Stand.

"His dealings have been very good so far. Give him the money other managers have had to get Manchester United players.

"Get another five or six players like that in, we will see a real difference. They are missing that creative player.

"It is no coincidence, the best performances have been against good teams. The lesser teams are always harder to break down. We are probably just a bit shy of them creative players and I think Ole recognises that.

"It has been a difficult start. As far as Ole is concerned, I know him well, as a player and person.

"He is going to need time. Since the [former] manager [Jose Mourinho] left, different philosophies and types of players and Ole is trying to turn that around. He is looking at the future and trying to win games at the same time. It is difficult.

"When you are in a league with Jurgen Klopp, Pep Guardiola – fantastic, established coaches. I don’t care who came in, it was never going to be easy."

United travel to Stamford Bridge to take on Chelsea in the EFL Cup fourth round on Wednesday.