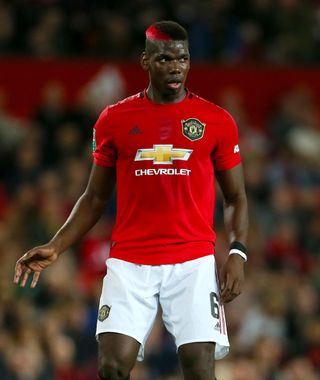 Manchester United are in the process of looking at a new, big-money shirt sponsorship deal, the PA news agency understands.

Chevrolet has been front and centre of the shirt since 2014 in a Premier League record agreement worth around £450million over the course of the seven-year deal.

The American car manufacturer’s sponsorship ends in 2021 and PA understands United are speaking to a number of companies about becoming the next main sponsors.

There is no better feeling than winning for your team and the greatest supporters in the world. #GGMUpic.twitter.com/fT1P1Hwo7S— Chevrolet FC (@ChevroletFC) October 11, 2018

Chevrolet could yet extend their agreement with the Old Trafford giants, who have had expressions of interest from a variety of leading brands despite their current Premier League struggles.

Ole Gunnar Solskjaer’s side sit 12th in the standings and just two points above the relegation zone following Sunday’s 1-0 loss at Newcastle.

“We and our growing global fanbase demand success,” he said when announcing record revenues of £627m last month.

“That target and that standard has never changed for Manchester United. The progress we made on the business side underpins the continued investment in the football side.”