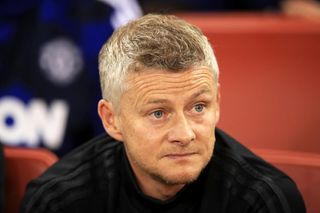 Manchester United face some long-distance midweek trips after being drawn in a Europa League group with Astana, Partizan Belgrade and AZ Alkmaar.

Ole Gunnar Solskaer’s team are set to play in Group L as they enter the competition for the first time since they lifted the trophy in 2017.

United could not be drawn against fellow top seeds and five-time winners Sevilla but will face a 6,000 kilometre round trip to Nur-Sultan in Kazakhstan to face Astana.

Frankfurt reached the semi-finals last season before being knocked out by Chelsea.

Wolves have been put in a group with Besiktas, Brava and Slovan Bratislava.

Scottish Champions Celtic have been drawn with Lazio, Rennes and Cluj, after being knocked out of the Champions League qualifying rounds by the Romanian club.

Rangers were placed with Porto, Young Boys and Feyenoord.