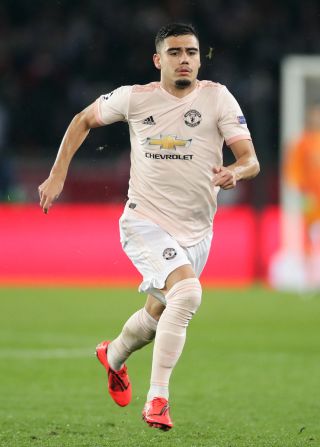 Andreas Pereira will remain at Manchester United for another season after the club triggered a contract extension clause, Press Association Sport understands.

The 23-year-old joined the Old Trafford youth set-up from PSV Eindhoven and has gone on to make 27 first-team appearances for the club.

Pereira spent time on loan with Granada and Valencia in the previous two seasons, but has kicked on somewhat at United this term and made his senior Brazil debut in September.

The midfielder scored a wonder goal in this month’s 3-2 comeback win against Southampton and days later started the stunning 3-1 victory over Paris St Germain in the Champions League.

Pereira’s contract had been due to run out at the end of the 2018-19 season but Press Association Sport understands that United recently invoked the one-year extension clause built into the deal.

There has been widespread interest in the Brazilian but caretaker manager Ole Gunnar Solskjaer is a big fan of the midfielder, who he had no intention of allowing out on loan in January.

The extension allows United time to negotiate a new and improved deal with Pereira or sell for a fee this summer.