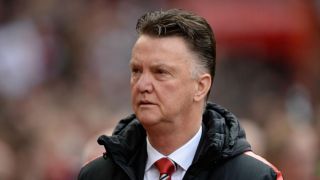 Louis van Gaal's new-look Manchester United side will be desperate to avoid a second successive opening-day setback at Old Trafford when Tottenham head north for the start of the Premier League season this weekend.

Swansea City raised a few eyebrows by winning 2-1 at United 12 months ago, a result that triggered a testing start to Van Gaal's tenure that the Dutchman recovered from and steered the club back into the UEFA Champions League.

Having delivered on his promise to secure a return to European football's elite club competition, Van Gaal has overseen an extensive squad overhaul that places the spotlight firmly on him and his new recruits to end a two-year trophy drought in 2015-16.

United forked out a British-record transfer fee to land Di Maria from Real Madrid little under a year ago, but the winger was plagued by form and injury issues.

The likes of Robin van Persie, Rafael da Silva and Nani have all also left.

In has come Memphis Depay to add pace and guile in attack and Bastian Schweinsteiger, a World Cup winner with Germany who has collected every major honour with Bayern Munich.

Fellow new recruits Morgan Schneiderlin, Matteo Darmian and Sergio Romero have made it a busy transfer window for Van Gaal, with United attempting to bridge the 17-point gap that existed last season with champions Chelsea.

United, who are without the suspended Marouane Fellaini, will have a good idea of where they are at after the Tottenham clash on Saturday.

Like Van Gaal at United, Mauricio Pochettino is about to embark on his second season as Tottenham head coach and breaking into the top four is again his target this season.

There were positive signs for Tottenham in the Audi Cup this week, as a spirited showing in a 2-0 loss to Real Madrid was followed by an impressive display in a 2-0 victory against Milan in Munich.

And Pochettino admits that the performance against the Serie A side has left him with a selection headache.

"We need to believe in these players, they need time, they need love, sometimes we need to be strong with them," he told Tottenham's official website.

"We need to improve more because it's only the beginning of the season and now we have to complete against Premier League teams.

"I think we are ready and it's now my problem to pick the starting 11."

Tottenham have doubts over Roberto Soldado (back) and Andros Townsend (shoulder), while United are likely to be without Javier Hernandez (collarbone) and Marcos Rojo - who returned late to training after playing for Argentina in the Copa America.