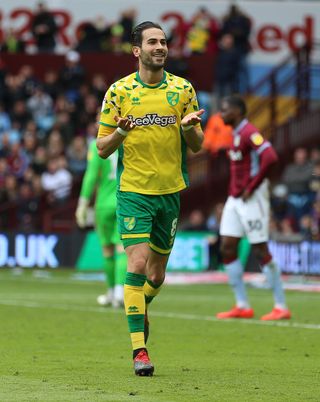 Norwich midfielder Mario Vrancic has signed a new two-year contract to keep him at Carrow Road until June 2021.

The 30-year-old scored 10 goals in 38 games last season as Daniel Farke’s side won promotion to the Premier League as Sky Bet Championship champions.

He has made 77 appearances for the Canaries since joining from German club Darmstadt in June 2017.

“I’m obviously very pleased. I’ve enjoyed myself since day one and I’m really looking forward to the future,” Vrancic told the club website.

“I felt I did my job pretty well last season and I hope to continue like that this season as well.

“It was definitely the best year of my career, especially because of my contribution and performances.

“I feel like I’ve grown as a person as well which is really important too.”