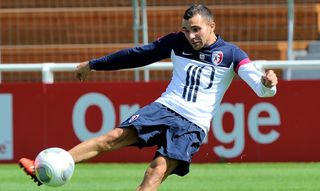 Martin hobbled out just before half-time in Saturday's 3-0 win over Ajaccio and now looks set to be sidelined for the remainder of October after going under the knife, ruling him out of games against the likes of Montpellier, Nantes and Auxerre.

It remains to be seen if the 25-year-old will return in time for the Ligue 1 clash against leaders Monaco on November 3.

The France international has played in eight of Lille's nine league games so far in 2013-14, with Rene Girard's men currently third with 17 points from a possible 27.