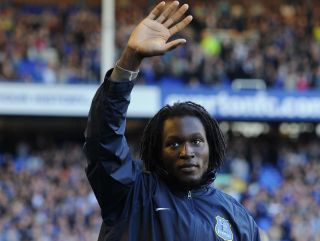 The Belgium international striker arrived at Goodison Park on a season-long loan on transfer deadline day and is in line to make his debut when Everton travel to West Ham on Saturday after being ineligible to face parent club Chelsea last weekend.

The 20-year-old, though, is not guaranteed to start the game at Upton Park as Martinez was left delighted with his side's performance in the 1-0 win over Chelsea last Saturday.

"I was really pleased with the level on Saturday (against Chelsea)," said the Everton manager. "Now we have to use all our options in the squad and be as strong as we can.

"We’ve got three games in a short space of time, so we need everyone ready and available.

"Romelu is ready to be available, he’s played a lot of football this season and he’s got used to his team-mates in the past week and trained very well."

Martinez also confirmed that Steven Pienaar, Darron Gibson and Arouna Kone should be available for the trip to London, but defender Antolin Alcaraz is definitely out with a hamstring injury.