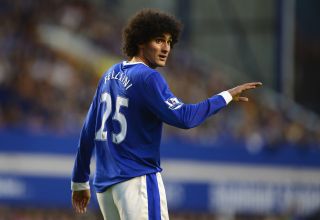 It was widely reported that a bid of £22 million could have triggered the sale of the Belgian, who has long been linked with a move to Arsenal or Manchester United.

But Martinez has revealed that the timeframe in which the clause could have been activated has now expired.

"Marouane had a buy-out clause where it was very straightforward," the Spaniard said. "If someone met that valuation, the club had no say.

"That finished on July 31 so you can imagine during that period everyone was a bit expectant about what would happen. Once that date went, you just focus on working for the next season.

"I'm not concerned at all at the moment (about players leaving).

Everton kick off their 2013-14 Premier League campaign with a trip to face Norwich City on Saturday.