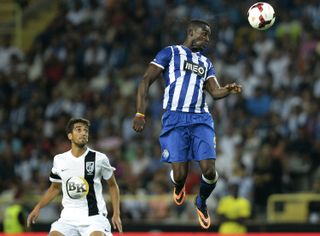 The 26-year-old striker had been heavily linked with a move to Napoli, but Italian reports appeared to quash those rumours when they stated Martinez had re-signed with Porto for another four years.

But although Martinez said he is not against remaining in Portugal, he was adamant he has not put pen to paper yet.

"I don't want to force my departure from Porto. In fact, I really hope not to," Martinez told A Bola.

"Today the question I have is whether I extend my contract or go elsewhere.

"Apart from that there is nothing else to say.

"The problem is that I hear things that are not true.

"The press reported that I had agreed a new contract until 2018.

"I hadn't even started to think about it because nobody at Porto had called me to talk about it."