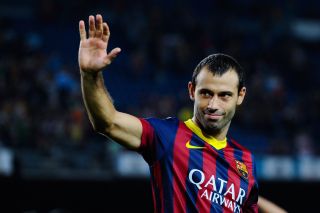 The Argentina international has been sidelined since suffering a hamstring injury against Real Sociedad on September 24th, but made a welcome return to action with an appearance in a behind-closed-doors clash against third-tier outfit Sant Andreu.

Mascherano was part of a young side featuring several Barca B players, with the midfielder completing a 45-minute run out as he stepped up his recovery.

However, there was no place in the side for Jordi Alba, Isaac Cuenca or Lionel Messi - as the trio continued to be absent from first-team duties due to their own injury problems.

Messi was withdrawn from the Argentina squad earlier this week and is expected to be sidelined for another fortnight with a hamstring injury.