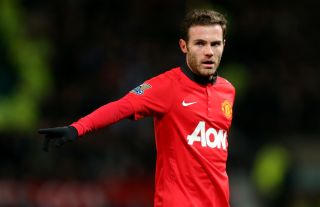 The 25­-year-­old performed admirably and, despite lacking full match fitness, was involved in both goals in the Red Devils' 2­-0 victory at Old Trafford.

Moyes expressed his satisfaction with Mata's contribution and believes the better his side get, the more the former Chelsea playmaker will show his quality.

"I thought Juan played very well," he told the club's official website. "He made some terrific passes for us, got us on the ball, gave us a different look at times and he will grow. We will get used to him more as well.

"I thought the longer we keep him on the better and we will hopefully get him up to speed quickly. He was close to making us a couple of goals in the early part of the game with his passing and I think everybody knows what he is capable of.

"I think when we are in full flow, when we are playing as well as we can then I think he will be a big help for us all."

Phil Jones was also quick to hail the arrival of the ex-Valencia playmaker, admitting it has given everyone a lift following a tough period on the pitch.

"He came in against Cardiff. He has done well and I am sure he will be a huge asset and fantastic player for Manchester United, hopefully for many years to come. He sees the pass that sometimes no-one else sees. If he continues to make them, I am sure we will soon be climbing the table."