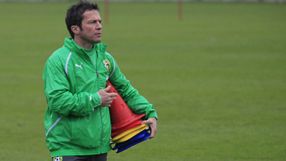 "We need to play more international games for preparation," Matthaus told a news conference. "And we need to face more attractive opponents to be competitive.

"I can only work with the players several times in a year and it's difficult to change many things in such a short time.

"We have to take advantage of the few opportunities because this is the way to improve the team.

"There's a date for international fixtures on March 29 but we still don't know if Bulgaria will play a friendly game.

"We have to work hard a find an opponent soon as it's the last chance for us to gather before the qualifier against Montenegro on June 4."

Matthaus threw down the gauntlet to his former coach at Bayern Munich, Ottmar Hitzfeld, before their teams clash in Bulgaria's Euro 2012 qualifier against Switzerland on March 26.

Montenegro top Group G with 10 points from four matches, followed by England with seven from three. Switzerland and Bulgaria have three points from three games.

"He (Hitzfeld) is a very good and a very successful coach," Germany's former World Cup-winning captain Matthaus said. "But we'll try to make him less successful.

"Switzerland are a quality side and I'll try to watch as many of their matches as possible in the next two weeks," added the 49-year-old who captained West Germany to the 1990 World Cup title and won a record 150 caps.

Matthaus, who last year became Bulgaria's first foreign coach since Czech Rudolf Vytlacil left the job in 1966, enjoyed a winning start with a 1-0 victory in Wales in October.