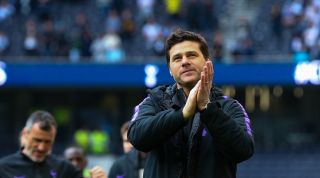 Maurizio Sarri and Mauricio Pochettino are both on Juventus' shortlist to replace Max Allegri as manager.

The Serie A champions announced on Friday that the former Milan boss will not see out the final year of his contract in Turin.

Allegri has won five consecutive league titles at the Allianz Stadium, but a failure to lift the Champions League trophy and doubts over his tactical approach mean he will depart this summer.

Juventus have begun the search for a replacement, with SNAI revealing that Sarri is among the contenders.

The Italian would presumably be open to a move back to his homeland after a difficult season at Chelsea.

Sarri has met expectations by delivering a third-place finish and a run to the Europa League final, but he remains unpopular with the club's supporters.

And The Daily Express claim that the Bianconeri are also fans of Pochettino, who has led Tottenham to a top-four finish and the Champions League final this term.

The Argentinian has hinted that he could seek pastures new if his side beat Liverpool in the Madrid showpiece, although it would be extremely costly to prise Pochettino away from Spurs.