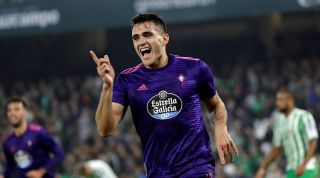 According to the Daily Star, Spurs have identified the 22-year-old as the ideal back-up to Harry Kane next season.

That is a role Llorente has fulfilled this term, but the Spaniard is set to depart after the north Londoners opted against triggering an extension clause in his contract.

Llorente is attracting interest from across Europe, with the Daily Mirror reporting that Valencia, Roma, Milan and Marseille are all keen.

Tottenham will now turn their attention to Gomez, who has a £43m release clause in his contract.

The Uruguayan frontman has scored 13 goals in 35 La Liga appearances this term.