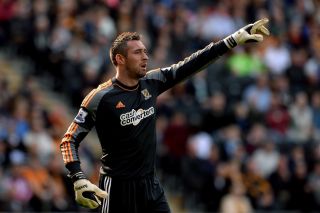 The Scotland international opted to join the Premier League side from Turkish outfit Besiktas prior to the start of the new campaign, and has since played every league game.

The 31-year-old has conceded just seven goals in as many fixtures and Rosenior feels that he is a key component in the team's improved defensive performances.

"He's a fantastic goalkeeper," he told BBC Radio Humberside. "You can see why he's played for his country.

"It was a great bit of business from the gaffer to sign him. I can't think of many goalkeepers I'd take over him.

"He exudes confidence and spreads that to the back four. A lot of our good performances have started from him and I'm enjoying playing in front of him."

McGregor will now link up with his country, who will face Croatia in a FIFA World Cup qualifier on Tuesday, with Gordon Strachan's men just playing for pride after a lacklustre campaign.