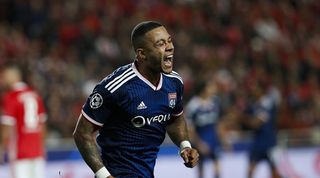 Tottenham are reportedly keeping tabs on Hakim Ziyech and Memphis Depay as Mauricio Pochettino looks to add to his attacking options.

Spurs have endured a disappointing start to the season and head into the November international break down in 14th place in the table.

Pochettino’s side are already 11 points adrift of the top four and just six above the relegation zone after 12 matches.

Their record of 18 goals scored is the fifth-best in the division, but Pochettino is nevertheless keen to improve his forward line.

Christian Eriksen is out of contract and next summer and could even leave the club in the January transfer window.

And Tottenham have identified Ajax playmaker Ziyech as a potential replacement, according to 90min.

Ziyech was one of the stars of Ajax’s superb 2018/19, scoring 21 goals and providing 17 assists as Erik ten Hag’s side won the Eredivisie title and reached the last four of the Champions League.

The 26-year-old is under contract in Amsterdam until 2022, but Spurs are hopeful that they would be able to prise him away from the Dutch capital.

If they were unable to do so, the north Londoners would consider moves for Sporting CP’s Bruno Fernandes, Roma’s Lorenzo Pellegrini and Celta Vigo’s Brais Mendez.

The Daily Mirror write that Tottenham are also weighing up a move for Depay, who has rebuilt his reputation at Lyon following a disappointing spell at Manchester United.

The Netherlands international scored only two Premier League goals in his only full season at Old Trafford in 2015/16, before moving to Ligue 1 in January 2017.

The forward has thrived in France and made a superb start to the current campaign, finding the net seven times in 10 league games.

Spurs have been impressed by his performances for Lyon and could make a £50m bid for his services next summer.