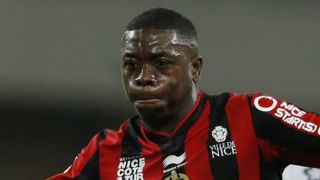 Leicester City have completed the signing of midfielder Nampalys Mendy from Nice on a four-year contract.

The 24-year-old arrives at the King Power Stadium for an undisclosed fee, having helped his former club to a fourth-placed finish in Ligue 1 last season.

"I am very happy to come to Leicester City," he told the club's official website. "The team have just enjoyed a great season and it’s excellent to be here.

"For me I want to play at this level. I like the Premier League and I follow every match. It's fast and physical and I want to impose myself on the league.

"I know the coach, I know his mentality and I know his philosophy. When he speaks it's direct and clear and for me I like this."

Mendy, whose move is subject to Premier League and Football Association approval, made 121 appearances for Nice over three seasons and has been capped at youth level for France.