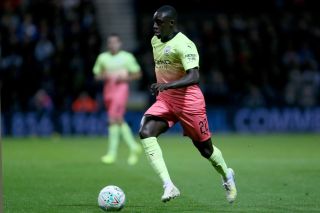 Benjamin Mendy’s injury curse has struck again after the Manchester City left-back was ruled out of Sunday’s Premier League clash against Wolves a hamstring problem.

The 25-year-old has been dogged by injuries since joining City from Monaco in 2017 and missed the start of the current campaign with a knee issue.

The club have not put an exact time frame on when Mendy will return other than to say, in a statement posted on their website, that “the French full-back is expected to return to action following the international break”.

Mendy made just eight appearances for City in 2017-18 due to knee surgery and a similar problem limited him to 15 last term. He has played four times this season.