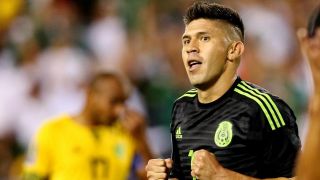 Mexico have confirmed their 18-man squad as they look to defend their Olympic football gold at the upcoming Games in Rio de Janeiro.

The CONCACAF nation secured their first Olympic football gold medal at London 2012 after a 2-1 win over Brazil in the decider.

Oribe Peralta, who scored both goals in the famous win, has been included as one of Mexico's three permitted overage players for Rio 2016.

Only one of the 18 players - Erick Torres (Houston Dynamo) - play their club football outside of Mexico, with Pachuca (5) having the most representatives in a heavy domestic presence.