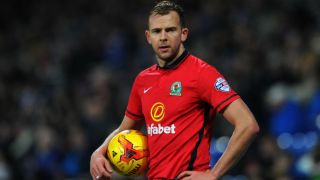 The prolific striker seemed set for a switch to the Riverside Stadium after Boro had a reported bid worth upwards of £9million accepted but, following discussions over the weekend, Rhodes failed to come to terms with the Championship promotion contenders.

A statement on Middlesbrough's official website read: "The club can confirm that we have held talks with Blackburn Rovers striker Jordan Rhodes over the weekend but have failed to agree terms."

Rhodes, who has scored 84 goals in 169 appearances for Blackburn since arriving at Ewood Park in an £8m transfer from Huddersfield Town in 2012, was left out of Rovers' matchday squad for the FA Cup trip to Oxford United on Saturday in order to attend a medical in the north east.

The deal appeared to be all but complete, with Blackburn boss Paul Lambert even speaking of his intention to reinvest the money received from Middlesbrough for Rhodes, only for it to fall apart on Sunday.

Boro now have until 11pm on Monday, when the transfer window closes, to find an alternative to Rhodes.

Lambert confirmed the collapse of the transfer on Blackburn's official website, saying: "After a fee was agreed between the two clubs, Jordan asked to go and speak to Middlesbrough.  This is the third window now where he has wanted to go and we felt it was right to give him that opportunity.

"After securing a good deal for the club, which would have enabled me to rebuild the squad, we allowed him to leave the team hotel on Friday night, but it appears that he could not agree personal terms with Middlesbrough."