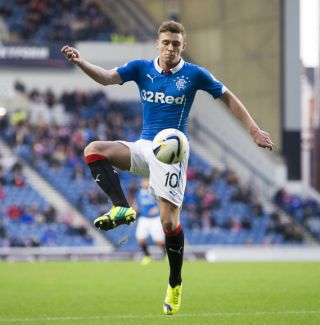 Midfielder Lewis Macleod is relieved to have finally completed a move to Wigan.

“I’m very pleased to be here. It’s been a few weeks in the making now and I was actually looking to come here on loan about 18 months ago,” the former Rangers player told wiganathletic.com.

“I’ve had it in my mind for quite a while that I’d like to join the club, so I’m glad to get it over the line and get involved with the boys straight away.

“I was at Brentford for nearly five years and I never took off like I’d like to have, but I enjoyed it as much as I could and I thought it was time for a little bit of a change.

“I feel like my record is good when I’ve been playing, but it’s just about getting repetitive game time now and getting the minutes in my legs.”