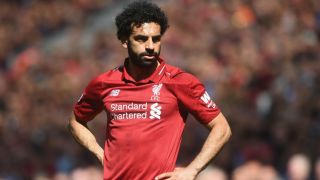 His form since moving from Roma is rumoured to have caught the interest of Madrid, the team he will face in Kiev next Saturday.

Mijatovic, however, would prefer Los Blancos to focus on their emerging crop of talents.

"[Salah] has all the qualities that football requires today. But you also have to say that he is a player who has had a very strange trajectory," Mijatovic told AS.

"I do not know if Madrid should go crazy for him at this moment because they have important young players, like [Marco] Asensio or Isco, with similar characteristics. And we do not know what will happen to Bale.

"I do not know what Salah's situation is like, but now he is not a player for whom I would go crazy. You do not know how he would adapt. Madrid is different, a club where it is difficult to succeed."

Under Zinedine Zidane, Madrid have reaffirmed their status as the dominant force in continental competition as they chase what would be a fourth Champions League crown in five seasons.

Mijatovic, who broke the club's 32-year drought with the winner in the 1998 final against Juventus, believes the club's present "once in a century" success is due to the strength of the dressing room.

"[It's] because the club has put together a generation of men, not just football players," he said.

"They have sports but also human qualities. It is a healthy group. This Madrid has the spirit of a great family, that it is the secret."