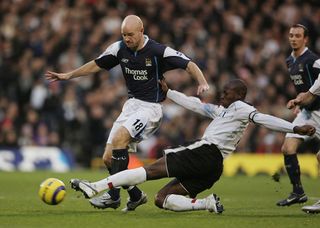 Mills was on Wednesday named as part of a new Football Association commission set up by FA chairman Greg Dyke to look into ways in which the English game can be improved.

One of the key objectives of the commission is to increase the number of England-qualified players appearing for the country's top clubs and to provide a better foundation for the national team.

And Mills believes that a starting point would be to place restrictions on the number of foreigners appearing in the domestic game.

"You ask any player around the world and they would rather win the World Cup than the Champions League," the former Leeds United and Manchester City defender told BBC Radio 5Live.

"England have stood still whilst the rest of the world has moved on.

"Maybe we are getting to the point where there are too many average foreign players coming over to England just because they are cheaper.

"The Premier League has a responsibility to sort this out."