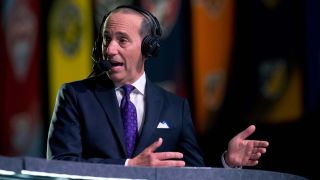 Nearly a year after MLS and the players union hammered out a new collective bargaining agreement, the details of that accord have been made public.

Here are some of the details included in the CBA:

— Free agency, as had previously been confirmed, is available for out-of-contract players who are at least 28 years old and have at least eight years of MLS service. A player whose previous salary exceeded the maximum budget charge (12.5 percent of the team's salary cap) and receives another offer from his current team for more than the maximum cannot enter free agency.

— Expansion teams receive $1,100,000 of allocation money, which can be used to buy down players' salary cap charge and pay transfer fees. Clubs also are granted $200,000 for taking part in additional competitions, such as the U.S. Open Cup and CONCACAF Champions League, and the amount of allocation money a team can yield from selling a player for a transfer fee is capped at $650,000.

— MLS rosters must be salary cap compliant by March 1. The roster freeze, ahead of the home stretch and postseason, is Sept. 15.