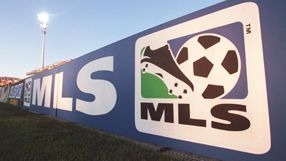 "Long term we believe we will probably have to find a way to change to the (international) calendar," Garber told reporters ahead of the MLS Cup between the Colorado Rapids and FC Dallas.

"We're working with our clubs to see what impact it would have on them.

"It really is going to be a lot of work but we are making the commitment.

"There's no rush. It is going to take us a long time even after we have decided to execute a plan like this."

Garber's announcement will be welcome news to FIFA president Sepp Blatter who has long complained that the MLS must synchronise its schedule with the rest of the world.

Currently the MLS season runs from March to mid-November with fixtures routinely clashing with international dates on the FIFA calendar.

The timing of the announcement could also help the U.S. in its bid to secure the 2022 World Cup.

"As we go out to Zurich and try and bring the World Cup back to the United States we're basically saying to the world we're going to do the work we need to do to figure this out," said Garber.

"The idea is that we want to try to have a calendar that aligns with the international format so that we could avoid playing on those FIFA dates."

Fitting the MLS schedule into the world calendar will present numerous challenges, particularly for the league's northern outposts like Toronto and expansion franchise Montreal, who could find themselves playing in February in Arctic-like conditions.

The MLS Cup - to decide the MLS champions - being played in Toronto later on Sunday was the coldest on record at 43 degrees Fahrenheit but the game still attracted an enthusiastic sellout crowd of around 21,000.

Garber outlined one rough plan that would see the league begin play in late summer, break in early winter and start up again in late February with a championship game in the late spring.

"This game (MLS Cup), if we were to change our calendar, would be a regular season game here in Toronto and today it is our championship," said Garber. "How do you play games in Montreal in February. It's a matter of growing the fan base.

"We're telling our fans we have a goal and vision to be one of the top soccer leagues in the world.

"In order for us to do that we are going to have to do a wide variety of things over the next number of years and the calendar is one of them."

Garber also announced that the league would expand the number of teams making the play-offs from eight to 10 and with two new teams in Vancouver and Portland will expand the schedule by four games from 30 to 34.