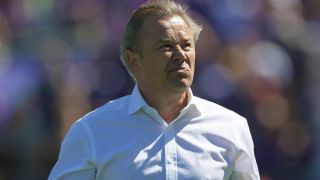 Minnesota United claimed their first MLS win as Bastian Schweinsteiger announced his arrival to Chicago Fire in style on Saturday.

Having endured a miserable start to life in MLS, Minnesota finally recorded their first victory with a 4-2 win over Real Salt Lake.

They fell behind early at their TCF Bank Stadium home, Luke Mulholland opening the scoring for the visitors.

A Kevin Molino header brought them level at the break before a stunning start to the second half saw Minnesota take control.

Molino set up Christian Ramirez, who also made it 3-1 after a dreadful error from Nick Rimando saw the goalkeeper dispossessed.

Johan Venegas tapped in a Molino cutback to seal the win for Adrian Heath's side, although Yura Movsisyan struck late on for Real Salt Lake.

On his MLS debut, Schweinsteiger needed just 17 minutes to head in the opener for Fire in a 2-2 draw against Montreal Impact.

The script writers had this one right. scores on his debut for ! April 1, 2017

Both teams were reduced to 10 men during the clash, with substitute Luis Solignac netting a 93rd-minute equaliser for Fire.

Erick Torres scored a hat-trick as Houston Dynamo made it three wins in four this campaign by beating New York Red Bulls 4-1.

LA Galaxy's slow start to the season continued, losing 4-2 to Vancouver Whitecaps – who had Matias Laba score a brace.