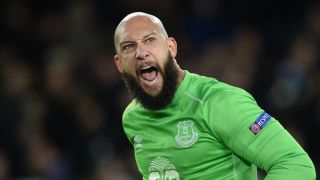 But Howard said it would be "crazy" to discuss departing Goodison Park.

"I feel strong. I have got the fire in my belly. But I have three years left [at Everton] and then I finish. That's it," the 36-year-old told The Mirror.

"The coverage MLS is getting now is incredible, with Frank and Stevie going over. It's exciting to watch and there's a buzz about it.

"But I think it would be crazy to talk about leaving this club.

"The chairman pays me very well and it would be silly to talk about other teams."