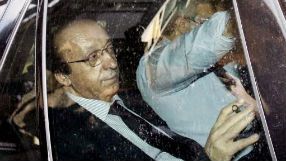 He was accused of using threats and violence to make players sign for the management agency and for specific clubs so that his Juve side could prosper.

GEA was run by Moggi's son Alessandro, whose jail sentence was also reduced from 14 to five months by the appeal court.

Neither of the Moggis will spend time in prison as sentences under two years are suspended in Italy.

Luciano Moggi was banned from football for five years in 2006 for his part in an Italian match-fixing affair.

Juve were demoted to Italy's second division in 2006 and had their 2005 and 2006 titles taken away when investigators ruled that Moggi was trying to pick favourable referees as part of the match-fixing scandal.