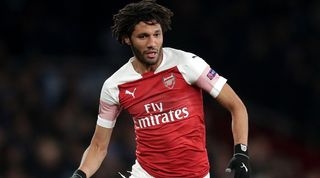 The Egypt international was told by Gunners boss Unai Emery last week that he should leave the Emirates this summer to find regular game time.

According to Sky Sports, Elneny will land in Istanbul on Friday to pen a deal with the Turkish Super Lig outfit.

Besiktas will pay the 27-year-old’s wages in full.