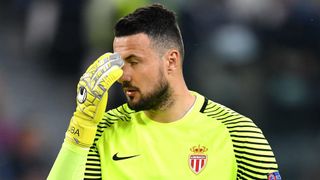 Danijel Subasic and Andrea Raggi have agreed contract extensions with Monaco, the Ligue 1 champions have announced.

Croatia international Subasic played a pivotal role in Monaco's title success last season, featuring in all but two of their 38 league games, with only Paris Saint-Germain (27) conceding fewer than their 31.

He was also an ever-present as Monaco made it to the Champions League semi-finals, playing 14 times in the competition, before they were eventually knocked out by Juventus.

Subasic's new deal will keep him tied to the club until 2020 having initially joined from Hajduk Split for just €1million in January 2012.

Experienced Italian centre-back Raggi will also remain at the club for the time being, after signing a one-year extension to push the expiry of his deal back to 2019.

The 33-year-old is yet to feature this term and became a rotation option last season, with just 11 league starts.