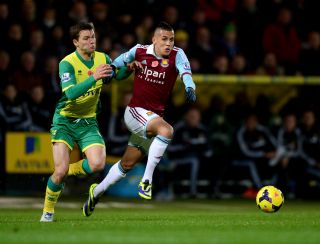 Fulham head coach Rene Meulensteen revealed on Tuesday that the club had seen a bid for the 20-year-old turned down, and West Ham subsequently submitted a complaint to the Premier League that was thought to relate to these comments.

Some media outlets have since suggested the player has refused to train in a bid to force a move, but Morrison rubbished those reports on Thursday.

"I've been working really hard over the past few weeks to get back to full fitness after missing a couple of recent games with a groin injury," the 20-year-old told the club's official website.

"I'm feeling fine now and I'm hoping to be involved in Saturday's important game with Newcastle and then the Capital One Cup semi-final with Manchester City on Tuesday.

"Although it is frustrating to read some of the reports in the media, I always try to keep my focus on the next game and show people with my performances on the pitch that I want to do well for West Ham United."

West Ham assistant manager Neil McDonald had earlier confirmed the player would be in the squad for Saturday's clash against Newcastle United in the Premier League.