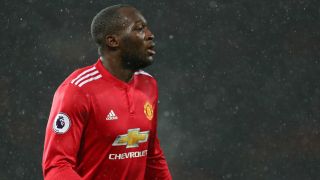 Lukaku left the pitch on a stretcher following a clash of heads with Wesley Hoedt in the 0-0 Premier League draw at home to Southampton on December 30.

The Belgium international sat out a 2-0 victory away to his former club Everton on Monday, but he could be in the starting line-up against Championship promotion hopefuls Derby in the third-round tie at Old Trafford.

"It was not a concussion; it was a precaution, a protection for him," Mourinho told MUTV.

"He wanted to play against Everton, but this time he is back."

Lukaku has scored 10 goals in the top flight this season.