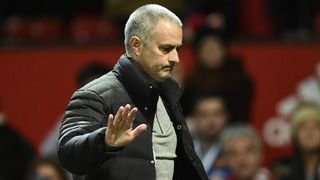 Former United centre-back Ferdinand was critical of the midfield duo during the week after Pogba uploaded a video to Instagram showing off a "new celebration".

Asked about Ferdinand's comments, Mourinho told reporters: "I respect Rio. He was a big guy in my club. He was a legend in my club.

"I am not, so as somebody that is not his level in the club, I don't think I have any legitimacy to comment on Rio.

"I don't comment to say I agree or disagree."

Mourinho was speaking ahead of United's trip to struggling Premier League champions Leicester City on Sunday.