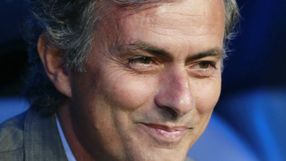 The Portuguese coach has never hidden his fondness for English football after spending just over three seasons in London with Chelsea and will return to the capital with Real for the second leg of their tie against Spurs on April 13.

Mourinho was full of praise for what his friend Redknapp has achieved at White Hart Lane since he took over a struggling team in October 2008, describing his achievements as "brilliant."

"I left England in 2007/8 and Spurs weren't in the UEFA Cup, they weren't even in the first six in the Premier League," Mourinho told a news conference on Friday.

"Martin Jol started the good work and Harry has continued it in amazing ways. I'm so happy for that. He's a friend, one of the few really good friends I made in England."

Spurs topped their Champions League qualifying group and then dumped out seven-times European Cup winners AC Milan in the last 16 stage, 1-0 on aggregate, to set up a juicy encounter against one of the competition favourites.

"It's brilliant," Mourinho said. "They played against the European champions in the group phase (Inter Milan).

Mourinho, who led Inter to a treble which included the European Cup last season, has been brought in to repeat the feet with Real Madrid this year.

He took a major step forward by breaking their last 16 hoodoo during the week, when Real knocked out Olympique Lyon to make the last eight for the first time in seven years, but was clearly pleased to be heading back to London.

"I'm happy to play Spurs," he added. "Because I go back to London, to an English stadium and I see Harry and can congratulate him for what he has done."

Redknapp was similarly fulsome in his praise of Mourinho who he called "one of the all-time great managers".

"It will be good to see him. I think he was amazing for English football when he came, a fantastic coach, great manager and a real personality," the Spurs boss told a news conference.

"He lit the Premier League up in the time he was here as well as winning the (English) championship. He's a great personality, has great knowledge. Look what he did to win the Champions League twice."