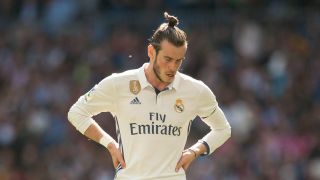 The Wales international has been linked with a move from Madrid this off-season, with United among those reported to be interested.

Asked on Saturday if that was also the case with Bale, Mourinho said: "Yes, the same.

"You have contacts, you have feelings, you understand things. I think it was clear that Bale likes Madrid, likes the challenge, likes the situation.

"He's in a club in a very good situation now. I never felt a desire from him to leave so why waste time and energy on that?"

Mourinho and United take on Bale and Madrid, who will be without Ronaldo, at the International Champions Cup on Sunday.