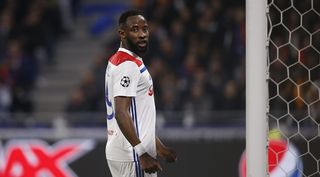 Ole Gunnar Solskjaer has contacted the Ligue 1 club to make his interest in the former Celtic man known.

Dembele only joined les Gones in August 2018, but United hope that a bid of £43m will be enough to secure his services ahead of next season.

The 22-year-old has enjoyed a fantastic debut campaign in France, scoring 20 goals in all competitions to help Lyon challenge for a top-three finish and reach the knockout phase of the Champions League.

Solskjaer has identified him as a leading target as he seeks to improve his attacking options, but Arsenal and Atletico Madrid are also interested in the uncapped Frenchman.

The Gunners made enquiries about the striker before he joined Lyon last summer but ultimately opted against submitting an offer.