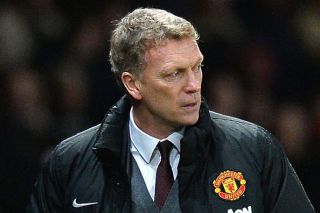 The reigning Premier League champions sit seventh in the table following a string of poor results in Moyes' first season in charge.

However, positivity has been provided by the arrival of playmaker Juan Mata from Chelsea for a club-record fee, while United also saw Robin van Persie and Wayne Rooney return from injury for Tuesday's victory over Cardiff City.

Despite expressing satisfaction with his side's success against Cardiff, Moyes is targeting further improvement.

"I want to be more convincing - win better; play better," said the Scot.

"Don't think because we win I've got a smile on my face and I'm happy.

"I'm happy for the three points, but for where I want to go and the vision I've got for the way I want the team to play I've got a long way to go."

"We've missed his goals," Moyes conceded. "Out of nothing, he can get you one."