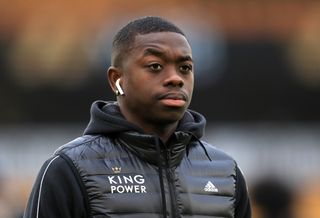 Leicester midfielder Nampalys Mendy has signed a two-year contract extension to take him through to the end of the 2021/22 season.

The 28-year-old Frenchman had signed a short-term agreement to allow him to complete last season’s coronavirus-hit campaign.

Foxes manager Brendan Rodgers told LCFC.com: “I’ve enjoyed working with Papy since I arrived at Leicester City and the more I’ve seen of him, the more impressed I’ve been, so I’m delighted he’s extended his deal with the club as he has an important role to play.

“To have someone with his experience, quality and maturity is a big boost for us, especially with European football next season.

“He’s been first class for me and has played very well every time he’s featured, so I’m delighted that he’s committed to continuing to be part of what we’re trying to build at Leicester City.”

Mendy began his career at Monaco and joined the Foxes from Nice in 2016, spending a season back on loan at his former club in 2017/18.

He has made 49 appearances for Leicester, with 42 of them coming in the Premier League.