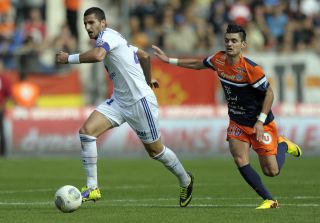 Rafael Benitez is expected to make further additions to his Napoli squad in January as he strives to win honours in his first season at the club.

Argentina international Mascherano was a key player for the Spaniard during his time at Liverpool and the versatile Barcelona man is reported to be a target for the Naples outfit.

But Napoli president Aurelio De Laurentiis insists the Naples outfit are not plotting a move for the tough-tackling 29-year-old, who has been employed as a centre-back since moving to Barca.

"We are not interested in Mascherano and we are not looking to get him." De Laurentiis told La Gazzetta dello Sport.

France midfielder Gonalons has also been linked with a move to the Serie A club on the back of some impressive performances for Lyon.

And De Laurentiis admitted that highly-rated 24-year-old is on Napoli's radar.