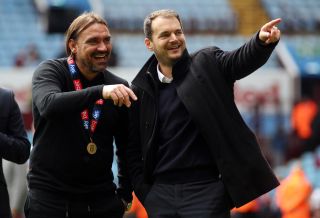 Norwich sporting director Stuart Webber has signed a new three-year contract trying him to the Canaries until the summer of 2022.

City’s joint majority shareholders Delia Smith and Michael Wynn Jones told canaries.co.uk: “The contract for Stuart was something we were extremely keen to finalise.

“It has been an immense team effort from Daniel (Farke), the players and staff so far. Stuart has been amazing in being the real driving force behind our club philosophy and vision.”

Webber added: “I’m obviously thrilled to sign. I’m very grateful to be in this position at what is a special club.”