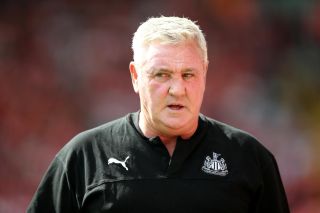 Steve Bruce is hoping Newcastle can take advantage of any European hangover as Wolves return to domestic action at St James’ Park on Sunday.

Nuno Espirito Santo’s men had to come from behind in Slovakia on Thursday evening to secure a 2-1 Europa League victory over Slovan Bratislava.

While they may be buoyed by the result, the Magpies’ head coach is hoping the effects of a tough game and the travelling may have taken a toll.

He said: “That’s always the difficulty of it. We experienced it a few years ago at Hull, and it is mightily difficult to get that mindset of playing Thursday because always (you have) to play on a Sunday.

“The big teams who are used to playing repeatedly in Europe, they become accustomed to it, but it can be difficult.

“I hope we can benefit from it. Let’s hope they are really tired and bruised and battered and the plane was delayed five hours!

“But look, they’re a very, very good side, so if they are are a bit fatigued, then hopefully we can take advantage of it.”

Wolves will arrive on Tyneside boasting a seven-game unbeaten run having initially enduring a difficult start to the Premier League campaign as they attempted to manage the dual demands of domestic and European football.

Bruce is expecting another stern test of his team’s credentials.

He said: “They’ve played a strong side since they’ve gone into Europe. I think they’ve made it a priority and you can only be quietly impressed with what they’ve done.

“They romped the Championship a couple of years ago and what did they finish – seventh – in the Premier League last year? It’s a wonderful return, and the one thing they have got is good players.

“They’ve got good players and play in a certain system a bit similar to ours, bit do it very, very well, so they’re a threat. They’re a good, good side.

“I think they’ve already played 17, 18 games this year and only lost a few of those, so they are a good side.”

Newcastle will be without injured duo Fabian Schar and Andy Carroll, while Isaac Hayden completes a three-match ban.