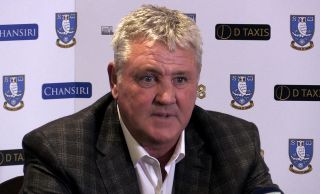 Newcastle are set to fly to China on Saturday without a manager as they attempt to reach agreement with Sheffield Wednesday for a compensation package for Steve Bruce.

The squad is due to head out to the Far East for the Premier League Asia Trophy at the weekend and hoped to have Rafael Benitez’s replacement in post before doing so.

However, PA understands they are yet to strike a deal with the Owls for their 58-year-old boss and his staff, Steve Agnew and Stephen Clemence.

Sources on Tyneside had indicated the Magpies were confident of getting their man, who signed a one-year rolling contract when he joined Wednesday in February, for around £1million, but the South Yorkshire club is understood to be holding out for significantly more.

Even an 11th-hour breakthrough would be unlikely to come soon enough for the club to process the necessary travel documents, and that means academy coaches Ben Dawson and Neil Redfearn are likely to accompany the players when they fly out.

There is a possibility that a new manager could join up with the squad later, but Newcastle’s opening fixture against Wolves in Nanjing is scheduled for next Wednesday with the second game of the trip against either Manchester City or West Ham taking place in Shanghai three days later.

The Magpies have been without a manager since Benitez’s contract expired on June 30 and the news that Bruce, who was at the Owls’ Middlewood Road training headquarters on Friday as talks continued, is in pole position has not gone down particularly well with fans who were desperate for the Spaniard to stay.

However, the delay in appointing a successor has further hindered the process of rebuilding a depleted squad with the summer transfer window due to close on August 8.