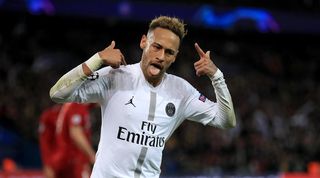 PSG have rejected Barcelona's £173.6m bid for Neymar which would have seen the Brazilian initially return to the Camp Nou on loan, according to ESPN.

The La Liga champions are keen to re-sign their former forward, who also wants to leave the Parc des Princes before the European transfer window closes on September 2.

Barcelona offered £36.6m to take Neymar on loan for the 2019/20 campaign, followed by a compulsory purchase for a fixed fee of £137m next summer.

However, PSG turned down the proposal because they are not interested in loaning out the Brazil international.

Thomas Tuchel's side would look to replace Neymar were he to depart in the coming weeks, and an upfront fee of £36.6m would not be sufficient for them to do so.

PSG are also hoping to recoup the £198m they spent on the former Santos man back in 2017.