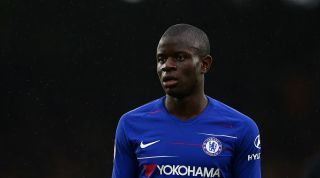 The Ligue 1 champions have cooled their interest in Everton's Idrissa Gueye and will now turn their attention towards the France international.

PSG have endured a disappointing season despite winning the Ligue 1 title, with their Champions League defeat by Manchester United a particular low point.

Thomas Tuchel is now seeking to strengthen his squad ahead of a European challenge next term, with Kante among his main targets.

Chelsea will be loath to lose the ball-winning midfielder, who has been one of their standout performers in 2018/19.

The Blues hope to have their two-window transfer ban delayed or overturned by the Court of Arbitration for Sport, although their initial appeal was rejected by FIFA.

PSG's pursuit of Kante will be made more difficult if the suspension is upheld, but the big-spending French side hope to be able to prise the former Leicester man away from Stamford Bridge regardless.