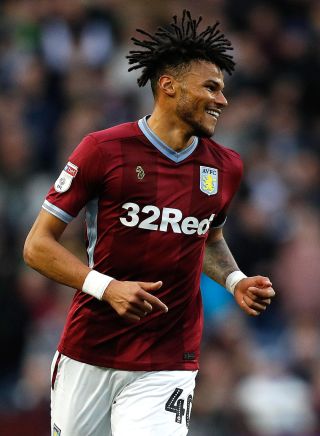 Here, the PA news agency take a look at the 26-year-old’s background and how he has risen to prominence.

Where did he start out?

Bath-born Mings’ first club was Southampton, who he joined at the age of eight. He was released at 16 before earning a football scholarship at Millfield School, a private boarding school in Somerset known for developing young athletes. Upon leaving school, Mings signed for non-league side Yate Town before joining local team Chippenham in 2012.  Mings caught the attention of Ipswich and they paid Chippenham £10,000 for his services, with the defender ending up making 57 appearances in three seasons at Portman Road.

How did he rise to the top flight?

In 2015, newly-promoted Premier League side Bournemouth paid a reported £8million for Mings. His debut was cut short by a serious knee injury that ultimately left him sidelined until January 2017. In 2019, after struggling to earn himself a regular place in Bournemouth’s first team, Mings was loaned to Championship side Aston Villa. The powerful centre-back would prove to be a essential part of Villa’s promotion-winning campaign and his efforts were rewarded with a permanent move, believed to be worth an initial £20 million.

What does he bring to the England squad?

We are delighted to announce that @OfficialTM_3 has been called up by @England for their upcoming Euro 2020 qualifiers. 🏴󠁧󠁢󠁥󠁮󠁧󠁿— Aston Villa (@AVFCOfficial) August 29, 2019

At 6ft 5in, Mings is a towering presence at the heart of defence and has proved his ability to make the grade in the Premier League so far this season. Notwithstanding his injury troubles, Mings’ career has progressed on an upward trajectory and he has certainly asserted himself as an indispensable part of Villa’s defence. Now he will get the chance to make in impression at international level, with England boss Southgate saying of his new addition: “I really like his leadership qualities, I think he’s an outstanding athlete, very composed with the ball, so I’m looking forward to working with him because we see a lot of potential and room for growth given the number of games he’s actually played.”

Who does he replace?

Manchester City right-back Kyle Walker is notable by his absence, as are his World Cup team-mates Eric Dier and John Stones. Stones has only recently returned to training following injury and Dier is yet to feature this season for Tottenham, which provides some explanation for their omissions. Walker, however, has enjoyed a good start to the season but has still been overlooked in favour of younger players.