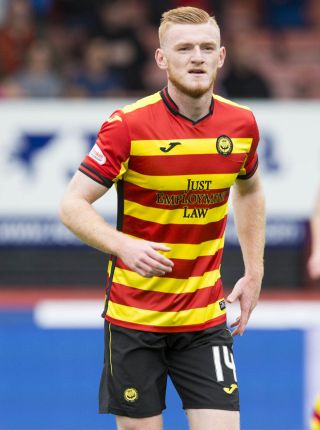 Northenn Ireland Under-21s suffered frustration as they were held to a goalless draw by Malta in the opening match of their Euro 2021 qualifying campaign.

The hosts dominated play at the Ballymena Showgrounds but could not make it count as they settled for a point from this Group Eight encounter.

The first real chance for Northern Ireland came after 14 minutes. Jake Dunwoody’s dangerous cross from the left just eluded David Parkhouse but the ball fell for Shea Gordon, whose shot was saved at point-blank range by Malta goalkeeper Andreas Vella.

Alfie McCalmont, 24 hours removed from his senior debut in the final moments of the 1-0 friendly win over Luxembourg, then sent in a dangerous low cross but Parkhouse scuffed his shot wide.

Malta had barely stepped foot in the other half but Conor Hazard did well to keep out Kurt Shaw’s header in front of his left post just before the break.

McCalmont bent a shot narrowly wide to start the second half before Jan Busuttil warmed the palms of Hazard at the other end.

Northern Ireland continued to push forward as Dunwoody’s low shot was pushed around a post for a corner before Bobby Burns headed over from close range.

Ian Baraclough sent on Ethan Galbraith, another to have featured for the seniors a day earlier, amid a series of late changes and they pushed for a winner.

Dunwoody saw a well-struck shot blocked by Vella at the near post before the goalkeeper tipped Parkhouse’s stoppage-time header over to spark big celebrations on the Malta bench.