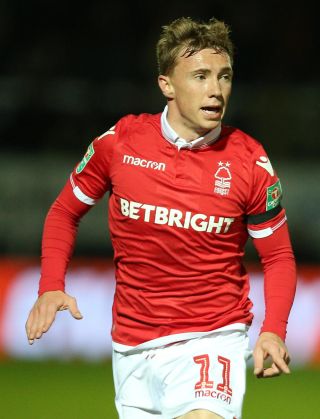 The Blades, newly promoted to the Premier League, saw an initial offer rejected by Forest earlier this summer but the two clubs have now reached an agreement for the 24-year-old.

The fee agreed is not thought to be in excess of the club record sum of £10million United paid for Bournemouth striker Lys Mousset last week but it is a significant improvement on their initial bid – reported to be £3million.

Osborn made more than 200 appearances for Forest and scored 16 goals after coming through the club’s academy system. His move to Bramall Lane is expected to be completed before the weekend.

Osborn will become the Blades’ sixth signing of a summer window during which they have broken their transfer record three times.

Chris Wilder’s side, who finished runners-up in the Championship last season behind champions Norwich, have already brought in forwards Mousset, Luke Freeman and Callum Robinson since winning promotion, as well as midfielder Ravel Morrison and defender Phil Jagielka.

Henderson, 22, started all 46 Championship matches as the Blades sealed a return to the Premier League and David De Gea signing a new contract at Old Trafford is expected to see progress made in that deal.