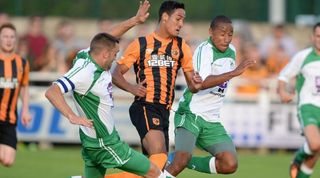 The Championship outfit announced the deal, which will see England Under-21 international Ince move to the City Ground until December 28, on Thursday.

Ince has struggled to break into Hull boss Steve Bruce's first-team plans after signing for the Premier League club in July, with his last appearance in the top flight coming in a 2-1 defeat at Aston Villa on August 31.

The former Blackpool winger will hope to get more opportunities under Stuart Pearce, his former England Under-21 manager.

Forest enjoyed a superb start to the season but have now gone seven games without a win in the Championship.

Ince's debut for the Midlands club could come in their game at Huddersfield Town on Saturday.